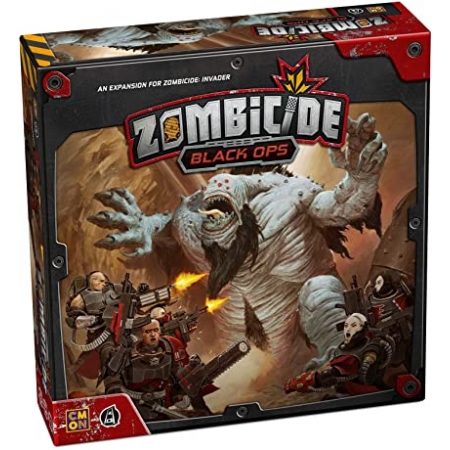 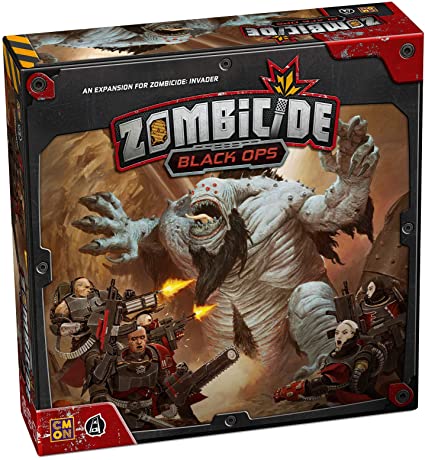 The Zombicide: Black Ops expansion raises the intensity to new heights while bringing new challenges for an elite group of Survivors!

These battle-hardened soldiers have been called in to deal with the situation on PK-L7, and find a base already being consumed by the Mold. The 10 new Missions utilize 3 new tiles containing zones already filled with Mold. That means extra Xeno spawning, and a more imminent threat of the base being lost for good. These Mold zones also feature glowing pods of an altered form of Xenium, which may be fired at causing a Hellfire explosion! As dangerous as that sounds, it may be used for our advantage, if we're careful.

This dilapidated base is also under threat of a new type of Abomination we call the Juggernaut. This thing is as ugly as it is unstoppable. Upgrading your weapon won't work, concentrating your fire won't work. I guess we'll just need to lure it into one of those sensitive Pod zones.

Black Squad brings some of its own elite equipment to the mission, including the hard-hitting XN35 "Crawley" Bot, the devastating Meteor Sentry Gun (a rail gun that can hit multiple zones), and an arsenal of powerful Starting Equipment and other gear.